The upcoming generation of phones

Before we dive into the detail, here are some of the anticipated handsets for 2019:

Chinese phone maker Huawei had a stellar 2018 with the P20 and the Mate 20 - and Pro versions of both those phones. Pushing forward into 2019 we're expecting the big launch of the Huawei P30 and P30 Pro. You can expect tech lifted from the Mate 20 to drift into the Huawei flagship, so expect a 7nm Kirin 980 processor and triple or quad camera on the rear, boosting the offering from the Mate 20. We're also expecting a "hole punch" camera on the front rather than a notch. It is will to be launching on 26 March at an event in Paris.

That's right, there's already talk about the new OnePlus handset. Not much has been said, aside from the fact that OnePlus has said that it will have negligible differences to the 5G handset the company is also confirmed to be launching. We suspect that the OnePlus 7 (working name) will be powered by the Qualcomm Snapdragon 855.

OnePlus took to the stage at the Qualcomm Snapdragon Summit to announce that it would be one of the first with a 5G phone, running on EE with a Snapdragon 855. It's been confirmed that it's a separate device to the 4G model it will launch alongside and we're expecting to see the Qualcomm X50 modem inside. OnePlus did demo the device at Mobile World Congress, but kept the design a big secret.

Yes, the Moto RAZR name might be coming back to life with a new Moto RAZR. Rather than just being a retro phone, there's rumours that this will be a folding phone, probably with two displays. That will preserve some of the RAZR clamshell heritage, while giving a modern twist on the genre. Little has been said, but a Lenovo exec has confirmed that Motorola doesn't want to get left behind in launching its own folding handset.

Rumours suggest there's a Lite version of the Pixel 3. Packing in the same camera as the flagship devices, a cheaper alternative could really set the cat among the pigeons. It might have the Qualcomm Snapdragon 670 or 710 platform at its heart, but pure Android Pie and a more affordable price. There's nothing official yet from Google and no idea when - or if - it might launch, but "early Spring 2019" is as good as it gets at the moment, with mention that it's coming to Verizon.

At this point in time it's hard to know what Apple will call its next iPhone - but we've already learnt that it won't be a 5G handset. Apple, as is often the case, will be biding its time before leaping in with the new technology. We're expecting two sizes and we're not expecting a huge shift in design, but so far there are very few rumours.

Korean phone maker Samsung's second "big" phone of the year, there's already some talk about the new Galaxy Note 10. The 3.5mm headphone socket might be no more and that the screen will increase in size again, so it's not so close to the Galaxy S10+. There's also been the suggestion that Samsung will continue to avoid the notch - perhaps with in-display cameras. Don't expect to see this phone until August 2019, however. 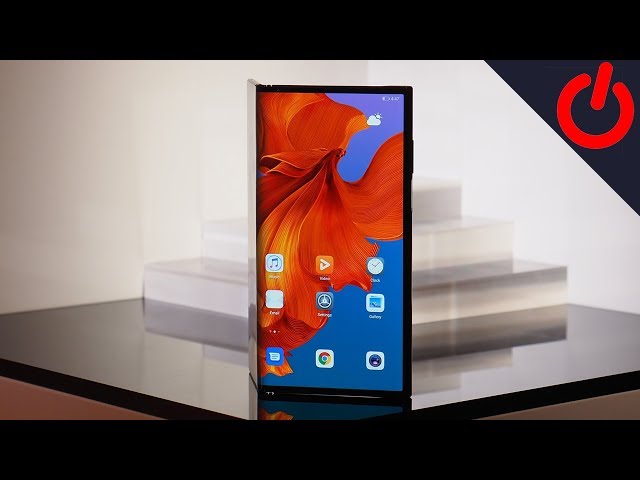 Setting the standard for folding phones, the Huawei Mate X took a lot of people by surprise, throwing the Galaxy Fold into the shade. It's expensive at $2600, but it will be 5G, offer a outside folding design and we know it's coming to EE some time in the middle of the year. It's a sight to behold, but is it the future of phones?

The Samsung Galaxy Fold is no longer a pipedream or a concept, it's a real device that you can buy - if you have a spare $1980. While it's being talked about as a folding phone, you can easily say it's a folding tablet with a screen on the outside. There's a 4.6-inch display on the outside, folding open to the 7.3-inch display inside. There's a lot of software magic, letting you do things like open three apps for multi-tasking, as well as continuity from outside to inside. It will be available in the second quarter of 2019 - but actual availability details are still a little obscure. 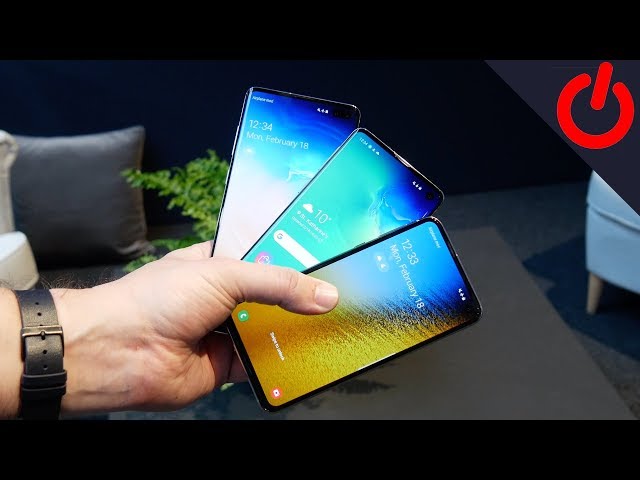 Samsung has officially announced the Samsung Galaxy S10 and the S10+, one of the first devices launched in 2019. The big changes include a triple camera system on the rear - adding wide-angle to the mix - while the display on the front loses bezel and puts a hole in the display instead - something that Samsung calls Infinity-O.

Samsung has announced one of the first commercially available 5G handsets, the Samsung Galaxy 5G. It takes everything that Galaxy S10+ does and bumps it up - it gets a larger 6.7-inch display as well as a four-camera system on the rear of the phone.

The Samsung Galaxy S10e challenges the Apple iPhone XR, taking the S10 experience into a more affordable package at £669. That gives you a smaller, flatter, HD+ display and a dual camera on the rear - but you still get powerful internals, so there's lots to be excited about. It's currently on pre-order and will be available from 8 March.

The LG G8 launched at Mobile World Congress in February 2019, including Sound on Display and a time of flight camera on the front. It's very much a reworking of the LG G7, but now there's gesture control allowing a range of functions without having to actually touch the phone.

What do you get if you take the LG V40 and add 5G? You basically get the LG V50. There are a few core updates, like Snapdragon 855 and that 5G modem, as well as a larger battery, but this is very much a safe 5G handset.

The Nokia 9 PureView has a five-camera system on the back which wants to give you outstanding photographs. A lot of technology has gone into the new camera - developed with Light - and it's all packed into a modern flagship device. So it's a slightly older Snapdragon 845 at its core, but otherwise, it's an ambitious handset.

Sony replaced the XZ Premium with the new Sony Xperia 1, a flagship with a 21:9 4K HDR display, making a change to a taller format in a powerhouse of a device. At the same time, it replaced some of its mid-range devices with the Xperia 10 and 10 Plus, but has left a space where the conventional flagship might sit. We're pretty sure we'll see more from Sony Mobile in 2019.